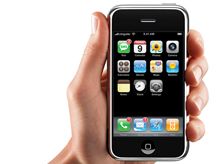 Apple profits have been boosted by an impressive 47 per cent for the current financial quarter, due to the continuing popularity of the company's iPhone.

The Cupertino-based company saw its shares hit a record high this week, with the publication of its latest financial results.

"We are thrilled to have sold more Macs and iPhones than in any previous quarter," said Steve Jobs, Apple's CEO.

"We've got a very strong lineup for the holiday season and some really great new products in the pipeline for 2010."

iPod sales are down

Apple sold 7.4 million iPhones in the September quarter and 3.05 million Apple Macs. iPod sales were down by eight per cent, however, due to the fact that the iPhone now does the job of the iPod for many Apple fans.

"We are delighted with our September quarter and fiscal 2009 results," said Peter Oppenheimer, Apple's CFO.