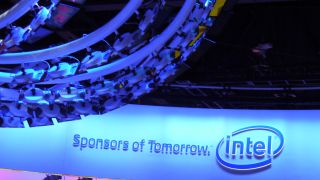 Intel has introduced seven new processors that will make their way into affordable laptops and desktops.

The new chips, from the Braswell family, are manufactured using a 14nm technology and will take
over Bay Trail parts in the long term.

Interestingly, all the announced Celeron parts cost the same except the N3150 (the top range model) and come with four cores clocked at 1.6GHz with 2MB of cache.

Braswell (for desktops) and Cherry Trail (for tablets) are both part of Airmont, which is a die-shrink of the current Silvermont architecture.

The popular Geekbench 3 application suite shows that the N3150 scored 843 and 2689 respectively on its single-core and multi-core benchmarks, both very decent numbers. The newcomers are likely to find their way into Intel's next generation NUCs (Next Unit of Computing), in addition to entry-level desktops and laptops.

Braswell was announced last year in China as part of a concerted push by Intel to produce Chromebooks and similar devices costing as little as $199 (about £120, AU$240).

That said, if Intel wants to hit that price point, it will have to significantly reduce the suggested retail prices of the newly-released processors which hover around the $100 (about $60, AU$120) mark.