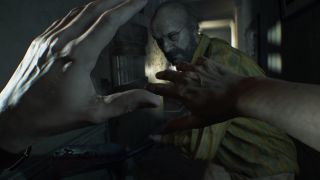 During a recent financial briefing, Capcom has confirmed that it has “numerous titles” in development using its very own RE Engine. Used to develop Devil May Cry V, Resident Evil 2 and Resident Evil 7, the RE Engine has had no shortage of success, so it’s no surprise that the publisher is looking to continue using it through this generation and into the next.

Aside from some Resident Evil re-releases for Nintendo Switch and the upcoming Monster Hunter World expansion, Iceborne, we don’t actually know which new releases Capcom is working on.

That hasn't really changed as Capcom wasn’t willing to elaborate any further on which games it’s developing or even how many there are in the pipeline during the Q&A. However, after the success of Resident Evil 7 and the Resident Evil 2 remake, fans will no doubt be hoping to see a Resident Evil 8 announcement some time in the future.

Into the next generation

Regardless of what these unannounced titles are, it’s highly likely that they’ll be playable on the next generation of consoles.

In another portion of the briefing, the publisher stated that “from the early stages of building this engine, we kept the ability to augment it for next-generation development in mind; as such, we view the RE Engine as one of our strengths that will contribute to next-generation game creation.”

With details of the next Xbox and PS5 now emerging, the next generation is closer than ever. Could we see some exciting announcements from Capcom at E3 2019? We don’t have long to wait to find out.