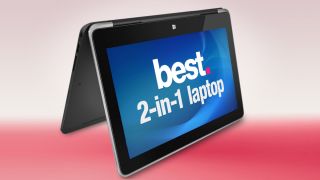 These are the best hybrid laptops that money can buy, always updated

The world of portable computing has expanded rapidly in recent years, both in terms of popularity and viability. The growing 2-in-1 category offers up some of the best features of the notebook and the tablet in the one schmick package, but it can be hard to compare them when the category is so fresh.

What defines a 2-in-1 is its ability to morph from a notebook as you know it – complete with keyboard and trackpad – to a tablet with a touch interface. Some products, like Microsoft's Surface Book range, allow for the keybed to detach completely, while others simply flip it around the back of the device.

Generally, a device in this category will have compatibility with a stylus, making it an ideal companion for creatives and professionals on-the-go, although not all of them will include a stylus by default.

Here, we've gathered all our knowledge from extensive reviews, benchmarks and field tests, and put together a list of the most worthwhile 2-in-1s on the Australian market today.

Can't decide what type of laptop to get? Watch our buying guide below:

A lightweight convertible that deftly balances power and price

After Intel released its new Kaby Lake R 8th-generation processors late last year, Taiwanese laptop-maker Asus felt the need to squeeze them into its product lines. And we’re glad it did, as the ZenBook Flip S UX370 is a machine that has plenty of performance to spare, packing ultrabook specs into a 2-in-1 form factor without letting the price skyrocket out of control.

For years, HP’s Spectre line of Ultrabooks and 2-in-1 laptops has been about blending elegance with performance. The 2019 HP Spectre x360 15 is no different. It deserves a high place on our best 2-in-1 laptops list for packing an 8th-generation Intel Core i7 CPU, Nvidia GeForce GTX 1050 Ti graphics and 8GB of RAM in its base configuration. This 2-in-1 can handle pretty much anything your everyday workload throws at it – and then some (like a bit of light gaming, for example) – while looking like royalty. Bear in mind that the Spectre x360 is a bit big and heavy for a 2-in-1, so you likely won’t be using it in tablet mode that often. Put it in tent mode instead, so you can watch some movies on its spectacular 4K display.

Already established as a fantastic gaming-capable laptop, the Dell XPS 15 has been transformed into a very capable 2-in-1 with a discrete-class Radeon RX Vega GPU. What this means is that you can get a beautiful convertible laptop, but you don’t have to give up any power. And, while that means that it’s a little more expensive than some others (and the fans get a bit loud at times), it’s worth it in our book.

A 2-in-1 Chromebook that Android users won’t refuse

Having introduced a touchscreen and convertible design to Google’s cloud-based Chrome OS, the Asus Chromebook Flip C302 is made better by its compatibility with Android apps. That’s right, just like the Pixelbook (which unfortunately, you can't officially get your mitts on Down Under), you can use the Asus Chromebook Flip for Google Play apps, albeit only after installing an out-of-the-box update.

We already loved the 13-inch Surface Book, so when we first heard that a 13-inch Surface Book 2 was on the way, our expectations shot into the sky. Microsoft’s second 2-in-1 laptop isn’t perfect, but it’s an impressive device held back by a handful of concessions. The Surface Book 2 does feature both a cutting-edge 8th-generation Intel processor and an Nvidia 10-series graphics chip, making it suitable for gamers and creative types alike. When you take that power and pair it with its nifty convertibility, it’s easy to see why it’s a winner.

Multi-faceted dexterity that stomps the competition

While it doesn’t offer the same level of graphics performance, the Lenovo Yoga 920 is a much more affordable alternative to the Surface Book 2. For anyone who’s looking for value rather than a fully-detachable screen, the Lenovo Yoga 920 has a lot to offer. The design, for example, is less pronounced and has the subtlety of a more traditional Ultrabook, and that slighter figure doesn't come with too much of a power sacrifice, either.

AMD's processor and GPU beef up the Envy

Recommended Retailer
$599.99
View at HP (US)
$599.99
View at Microsoft
$729
View at Amazon
See all prices (7 found)
Solid performance courtesy of Ryzen
Sturdy and stylish
On the heavier side
Battery life could be better

The inclusion of AMD's new Ryzen mobile processors and integrated Radeon graphics make for an improvement over HP's previous Envy x360 efforts and even bring it closer to a gaming-capable unit. While the battery life could be better and the chassis is a little on the bulkier side, the performance is just as sturdy as the stylish enclosure and presents a decent option for those looking for a powerful, portable solution.

To be fair, we loved the 13-inch Surface Book 2 already, so when we first caught word that a 15-inch Surface Book 2 was in the works, our expectations were amplified. In the end, Microsoft’s second 2-in-1 laptop isn’t perfect, but it is an impressive feat held back by a handful of (frankly necessary) concessions. For starters, this machine features cutting-edge 8th-generation Intel processors and Nvidia 10-series graphics, making it a neat option for gamers and creatives. Pair that with its nifty convertibility, and we have ourselves a winner.

Excellent value for an efficient, long-lasting 2-in-1

Although the Acer Spin 5 doesn't opt for a 4K screen, 16GB of RAM, a bigger SSD or other upper tier specs, its middling innards actually make for a surprisingly good-value 2-in-1. The combination of its well-optimised Core i5 CPU with 8GB RAM and a 1080p display make for a machine that handles its power efficiently, lasting longer on battery and not causing excess heat or noise. Throw in the affordable price tag and the Acer Spin 5 is definitely worth considering.

A 2-in-1 with an affinity for high fashion

A beautiful 2-in-1 with a strikingly thin frame, the HP Spectre x360 now brandishes the sheer power that Intel’s 8th-generation Kaby Lake R processors allow. So, despite its slim chassis and weighing only 1.26kg, this version of the Hewlett-Packard flagship is ready not just to stream 4K video, but to run your favourite games at 720p using integrated graphics tech. And, if you’re a creative, it comes with the HP Pen, unlike some stylus-less hybrids.

Despite its fierce competition, the Miix 510 from Lenovo still stands its ground as a portable, powerful and affordable option for 2-in-1 computing. While there are a few others that beat it on specs, the price that Lenovo has delivered this value-laden package can be convincing enough as is. Arriving with an active pen stylus and available at some pretty low prices at this stage, this is a decent alternative to the pricier models on the market.