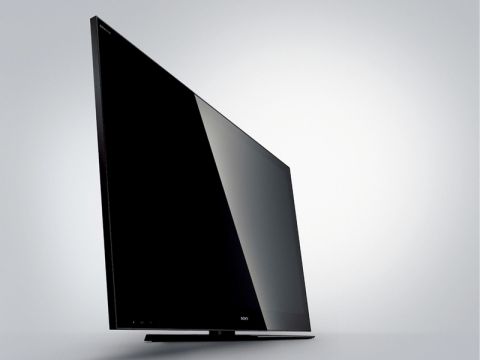 Sony has really upped the ante with its 2010 Bravia TV range. It's added many more features and introduced a radical new 'Monolithic' design.

So the first thing we must do with the 52-inch KDL-52HX903 is put our detective hat on and try to nail precisely where it sits in the company's labyrinthine lineup.

From the front, it looks like any number of new Sony models, with its sheer, one-layer fascia comprising a black, glass-topped bezel containing a subtly illuminated Sony logo in its bottom edge. It sticks out further round the back than Sony's new edge-LED models, though.

And there's good reason for this, for it uses direct LED lighting, where the diodes sit right behind the screen rather than around its edge. So hopefully it will deliver on the established wisdom that says direct lighting delivers superior picture performance to edge lighting.

The other big news about the 52HX903 is that it is 3D capable, although you'll need to add an optional 3D kit containing a transmitter (£50) and as many active shutter glasses as you want (£99 each). If you want 3D capabilities built in, you'll have to buy Sony's edge-lit LX903 models instead.

For one last bit of perspective here, it's worth adding that Samsung's similarly specified edge LED model, the 55in UE55C8000 costs around the same at £3,000, while LG's 55in 55LX9900, which we reviewed recently, costs around £3,700 and both these models have 3D electronics integrated.