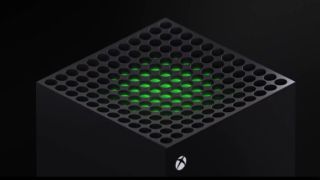 It's been a while since the Xbox Series X's back ports were exposed in photo leak. And, while we were able to identify what most of the ports were, there was one in particular that remained somewhat of an enigma: a long rectangular-shaped port between the HDMI and digital audio port.

But now it seems we may have a better idea of what this mystery port could be, thanks to Thurrott. The site claims that sources "familiar with the company's plans" have identified the port as being for storage expansion.

And, while it's always worth treating any rumors and leaks with speculation, we wouldn't be surprised if it was - but it could end up being an expensive feature.

A need for expandable storage

Both the Xbox One and PlayStation 4 featured support for external storage, so it's almost certain that we'll see the same with the Xbox Series X and PS5. However, Microsoft hasn't officially confirmed this will be a feature with its next-gen console.

We're inclined to believe Thurrott's sources, especially considering the site is pretty reliable when it comes to rumors and leaks, not to mention the fact we're already expecting there to be an external storage port.  However, there's a couple of things to take into account.

Firstly, this image is of a prototype Xbox Series X. So we may never see this port on the final model, as often prototypes have a bunch of extra ports and things that don't appear on the final product.

Secondly, while this port could be for external storage, we don't actually know how it would work - and it could be quite expensive.

As Thurrott points out, considering the high-performance specs that the Xbox Series X is likely to be packing under the hood, the external storage will need to be able to quick - and powerful enough - to keep up.

A Thurrott forum user suggested that we could be looking at a Compact Flash Express for the SSD in the Series X, rather than the expected non-replaceable NVMe-style SSD. This would allow users to expand on the console's internal storage - but it would be an expensive option.

A 512GB CFExpress card costs around $600, which would mean paying around the price of another console just for the extra storage. We can't see customers being willing to pay that much - especially for 'only' 512GB of extra space. Standard USB external hard drives offer much more storage for a fraction of that price.

Obviously this is a rumor and we always need to treat rumors with skepticism. So, while we can speculate over what form Series X's rumored external storage will take, we won't know anything until Microsoft officially confirms all of the Xbox Series X's specs and features.