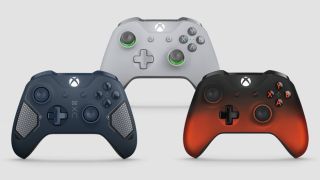 Apple has just delivered Apple Arcade across the range of its devices from iPhones to MacBooks running iOS 13 or macOS 10.15 Catalina. Apple TVs and iPads running the latest operating systems are also supported. And, to offer an improved gaming experience Apple has started selling a wireless controller directly on its website, but it just so happens that it is none other than Microsoft's Xbox One Wireless controller.

This cross-over between Apple and Microsoft is a curious blurring of lines between two companies that are often battling to put out the best products. But, in this case, it appears Apple has conceded, acknowledging Microsoft has the best gaming controller (a stance we agree with) without even attempting to make an Apple-branded controller.

A major push into gaming or a timid first step?

Apple had a long presentation on Apple Arcade when more was shown off during the iPhone 11 launch earlier this year. It showed off a ton of games, though we can't say its choice to start off the showcase with Frogger was well conceived. All the same, the company seemed to be demonstrating an interest in using its platform on computers, tablets, phones and TV set-top boxes to deliver a best-in-class gaming experience.

Some of the games Apple has for Apple Arcade are impressive looking, such as the almost-too-Zelda-esque series Oceanhorn. But, there's a notable lack of big, AAA titles. Meanwhile, initiatives like Google Stadia (which isn't even live yet!) have bigger titles coming, broad device support and a custom controller.

Apple's decision to sell the Xbox controller alongside the launch of Apple Arcade makes it feel like Apple isn't quite so certain about the platform. Especially since Apple could surely derive a premium for a controller designed in-house.

But, on the plus side, this means Apple Arcade users have the option of a tried-and-true controller. And, it gets even better when we consider that the Xbox controller has a 3.5mm headphone jack.