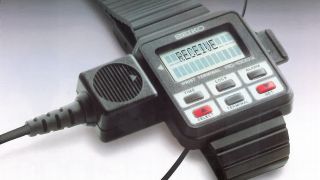 No more of this ever, please

It's not yet a certainty, but word is Samsung is working on a round smartwatch - and that it will feature wireless charging.

Current Samsung smartwatches must be placed into a charging cradle to resupply, but the unannounced Samsung "Orbis" will have wireless charging tech built in, reports SamMobile.

The site's sources have been right before, so this one may hold water.

It would bring the round Samsung smartwatch even closer in line with the Moto 360 - which features its own wireless charging capabilities - and at least one step ahead of the LG G Watch R, which does not.

The Samsung Orbis may also ditch Android Wear in favor of Tizen, so it will be interesting to watch when Samsung finally unveils its next smartwatch - hopefully at MWC 2015.