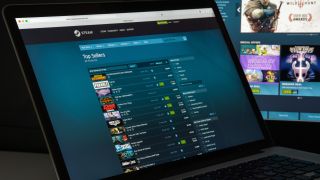 Steam just recorded a new all-time high for the number of concurrent users, with Valve’s service hitting 18,801,944 in terms of the amount of gamers online simultaneously.

As highlighted by Steam Database, this happened on Sunday, February 2, and comfortably exceeded the previous record set in January 2018 which stood at 18,537,490.

.@Steam has broken its record for most concurrently online users that was held for two years. Previous record was 18,537,490 users. It's still increasing!But there's about 1 million less players actually in-game (≈5.8mil vs ≈7mil two years ago).https://t.co/D6WDHbz0B4February 2, 2020

Bear in mind, though, that this is the number of users logged onto the Steam platform, and not the total of people actually playing games. As the tweet reporting the new record makes clear, there were over a million fewer players actually in-game at the time – around 5.8 million compared to about 7 million.

Regarding what may have prompted this spike, various theories are floating around including a potential helping hand from a surge of Chinese users, and indeed the fact that several big games have had major events or updates (including GTA Online offering an in-game cash bonus for logging on, and a recent major PUBG update).

There are also cries of ‘more bots online’, and that’s not unbelievable – but we can’t know that for sure. All we do know is that there are definitely more users, even if they weren’t actually playing a game.

Whatever the case, the launch of the rival Epic Games Store at the end of 2018, complete with a number of ensuing high-profile exclusives (and freebies) to tempt gamers to sign up, doesn’t appear to have taken the wind out of Steam’s user adoption sails.

Just over three years ago, a new record was set with concurrent users on Steam creeping up to 14,200,000, so the fresh high represents an increase of almost a third compared to the beginning of 2017. If we travel back a few more years, to the end of 2013, the record was just over 7 million – which gives you an idea of the pace of Steam’s increasing popularity over the past half-decade or so.