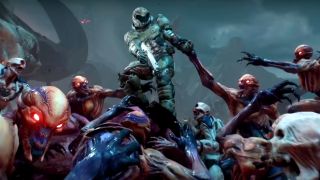 PlayStation has added some big-hitting titles to its games subscription service, PS Now – adding even more value to the platform in the final year before the next-gen PS5 is expected to land.

Joining the ranks of Bloodborne, The Last of Us, and Heavy Rain will be a number of shooters, racers and platformers – most notably 2016's DOOM, which gets its sequel Doom Eternal later this year.

With near enough one thousand titles now available on PS Now – the majority being PS3 games, with around a third being PS2 and PS4 games, too – subscribers have never had more games for the price.

You can see the full list of new additions below – or find out what free games are coming to PS Plus this month instead.

If you're subscribed to PS Now, should you consider it?

At $19.99 / £12.99, it's still a pricey service – compared to, say, EA Access – though you get a lot more content through Sony's platform, and a much broader range of genres and legacy titles too.

It differs slightly from Xbox Games Pass in offering game streaming for all titles be default, with a select number of titles being available to download for offline play – Xbox's games subscription service is download-only, meaning you don't need to worry about your connection dropping out.

Which service you pick will probably come down to which console you have in your home, unsurprisingly – though both PS Now and Xbox Games Pass can be accessed through PC as well.

If you're not signed up to PS Now already, new users will get a seven-day free trial on either PS4 or PC.