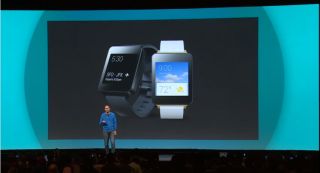 Coming at you today

Android Wear wearables are coming at you soon. How soon? Try today.

The LG G Watch will be available for pre-order later today, as will a new smartwatch from Samsung called the Gear Live. Both will be on sale at the Google Play Store.

As for the other Android Wear watch from Motorola (the sexy circular one that everyone's been ooo-ing over), it will be out later this summer. We're pretty sure we got a glimpse of the Moto 360 on stage at Google IO, so it's real, don't worry.