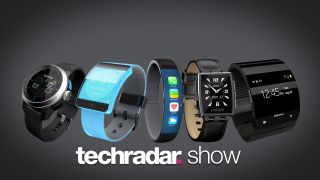 Now is the time for the smartwatch

Smartwatches have been ticking away in the foreground of the tech industry for a good year or so now, but many of us remain reluctant to strap them to our wrists.

The Samsung Galaxy Gear's 2013 debut met with a mixed response, garnering a so-so three stars on this very site.

It was essentially criticised as it failed to set the tech world alight as perhaps it had hoped.

The Sony Smartwatch 2 fared slightly better with three-and-a-half stars, yet still the whole smartphone-on-your-wrist concept is one that's struggling to sing to the average smartphone user.

Of course, it's an industry that's still in its infancy, and until companies have had time to perfect the formula and give Joe Average a reason to need such a device, we're unlikely to see Dick-Tracy wannabes filling the streets.

Well, said companies, prick up your ears: TechRadar's Gareth Beavis and Hugh Langley reckon they have all the answers, and they're laying bare in this week's smartwatch-saturated show.

See that big 'play' button below? Click it. You won't regret it.