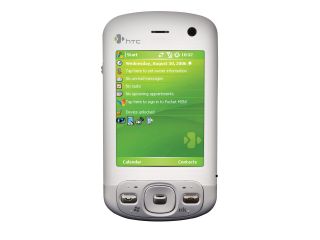 It's life Jim, but only after a BSoD

A $100,000 grant from Microsoft to Dr William Richard and David Zar of Washington University in 2008 has apparently paid dividends, with the duo coming up with ultrasound probe technology that gels with smartphone capabilities.

The USB ultrasound probes in the portable devices, which cannot fail to evoke memories of the Tricorder medical readers used by Star Trek's Leonard 'Bones' McCoy, have been developed to be commercially viable.

The devices could give a cheap and readily available medical resource for ambulances and for Doctors everywhere.

"You can carry around a probe and cell phone and image on the fly now," Richard told Physorg.com.

"Imagine having these smartphones in ambulances and emergency rooms. On a larger scale, this kind of cell phone is a complete computer that runs Windows.

"It could become the essential computer of the developing world, where trained medical personnel are scarce, but most of the population, as much as 90 percent, have access to a cell phone tower."

From Physorg, via Engadget