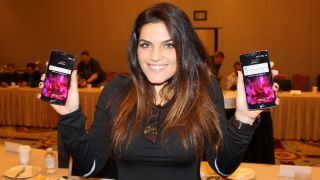 Not going to happen

LG has confirmed that it has no plans to start legal action with the chipmaking giant Qualcomm over rumoured plans it's going to redesign its high-end Snapdragon 810 chip for the impending Samsung Galaxy S6.

The news came about after reports from the Korea Times stated that the company wouldn't stand for such a change after the chip has already been used in its LG G Flex 2 model, released earlier this year.

In a statement sent to TechRadar, LG didn't give a reason why it wouldn't be taking action, but given its already-taken stance that there are no issues with the chip, the comment does make sense.

"Rumors regarding LG taking legal action against Qualcomm are unfounded and a complete fabrication of the facts," said Ken Hong, Global Communications Director for LG. "Given the source of this rumor, we're surprised it's being taken seriously at all."

The original post from the Korea Times has since been taken down, but that doesn't mean that the upcoming Snapdragon 810 chip for Samsung is performing well - it could be that LG has just optimised it better or Samsung is trying to pack more high-end components into the shell and causing the chip to over work.