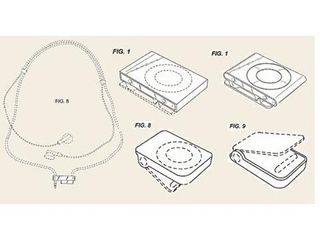 Apple has patented a new type of iPod shuffle-like remote control, which could be added to products like the iPhone in the future.

Six new patents have been approved of by the US Patent & Trademark Office, including one which shows a remote control with a reverse side belt clip, and a type of circular control that could be a click wheel or four-way control pad similar to those of Apple's non-touchy feely iPods. There's no word on what functions the remote would control, iPodNN.com reports.

Rumours are already suggesting that the remote looks set to be added to the Apple iPhone. And it could certainly do with one - the current solution is a rudimentary in-line button that can be clicked to answer calls, pause music playback or skip tracks.

The other patents include a lanyard design, a couple of Apple iPod shuffle variants and technology for the production of "smooth motion compensated frames by combining multiple interpolation results".