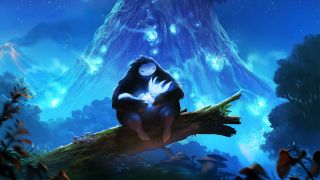 If there wasn't enough in the Nintendo Switch game library to keep you occupied, the iconic publisher took to the internet with a live stream featuring its own favorite indie games coming to the console this year.

While most of the presentation was concerned with new indie games, or those that hadn't found a huge audience on other platforms, we did get a couple of incredible announcements of ports coming to the Switch before 2019 is out – with a sly mention of an Ori and the Blind Forest port at the end of the live stream, coming September 27.

Ori and the Blind Forest is one of Microsoft's most high-profile indie games, and has until now been exclusive to the Xbox 360, Xbox One, and PC platforms. The port will be the Definitive Edition that "delivers a multitude of new areas, difficulty options, and gameplay upgrades that should appeal to both new and seasoned Ori players" (according to the Xbox website).

Nintendo and Microsoft have been playing nice in recent times – with rumors that even Xbox Games Pass could be coming to Switch – and seeing more Microsoft titles land is a huge boon to Nintendo fans.

That would be exciting news by itself if it wasn't for two other red-hot indie titles now being ported to Switch.

The first is the time-bending shooter Superhot, and the second is the Hotline Miami Collection – appearing on Nintendo platforms for the first time. Both are now available on the Nintendo Switch eShop.

The latter announcement is all the more incredible for how notable its absence from Nintendo consoles previously, with the first Hotline Miami game releasing in 2012. But there's an incredible reason for it: Shigero Miyamoto, the creator of the Mario, The Legend of Zelda, and Star Fox franchises at Nintendo, hated the music to the games.

Past grudges aside, we have some great indie titles coming to the Switch this year, and we couldn't be happier about it.