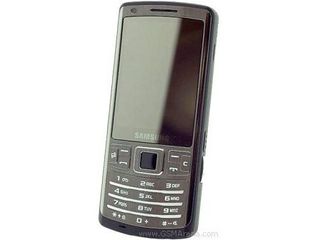 Samsung has never been very good at keeping its cards close to its chest, and the leak of the new i7110 is no exception.

A 5MP slimline candybar handset, it combines all the looks of recent handsets into its teeny form factor.

Running the Symbian S60 UI, it will feel familiar for a huge number of Symbian users worldwide, and the optical joystick that is loved or loathed by many Samsung owners has another outing in this handset.

HSDPA is served up as you might expect, along with a 2.6-inch 16m colour display, with the obvious accelerometer for screen flippage.

It also packs Wi-Fi with DLNA compatibility, so you can share things with your PC or PS3 home network with ease.

Other than that, Samsung's faves of DivX and XviD compatibility, aGPS and an FM transmitter are thrown into the mix as well.

The internet rumour mill, which usually starts pretty vague before narrowing itself down, has claimed this handset should be announced some time in November.