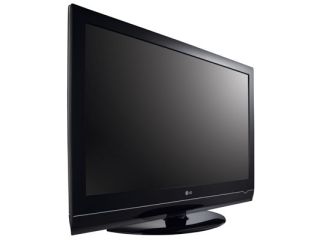 LG and Freesat: together in electric dreams

LG has announced the arrival of its first-ever TV with integrated Freesat, the LF7700 series.

Having Freesat built-in means users who have access to a satellite dish can enjoy subscription-free hi-def content without the need for a set-top box.

There's also an 'invisible speaker' included, which is said to give "viewers crisp, rich, sound quality without detracting from the TV's overall look."

This is a good thing, because if it did detract from the look, then it wouldn't be invisible.

The LF7700 range is also one of the most environmentally friendly from LG, as power consumption has been reduced by 69.5 per cent. This is due to Intelligent Sensor II technology, which automatically adjusts the screen's settings depending on the light in the room.

The LF7700 range starts at 32-inch and goes all the way to 47-inch. The TVs will be available in the UK from April 2009, although pricing is still to be confirmed.