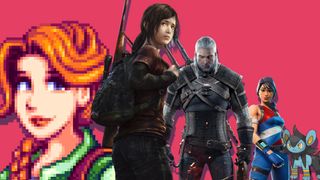 It’s been quite a decade in gaming. We’ve seen consoles come and go, game subscription services rise, remasters reign and technology go beyond beyond our wildest dreams. Streamers have become household names, esports has become a booming industry and we can finally play console-quality games on our phones that put the likes of Snake to shame. The last ten years have been a rollercoaster.

But when we look back on the 2010s as a decade, what games will truly stand the test of time? Which games will we look back on fondly in 20 years and hope that it’ll be remastered for whatever next-next-next generation console is sitting in our futuristic homes?

Here at TechRadar, after some heated debates and mild eye-scratching, we put together a list of the best games of the decade. These aren’t necessarily the games we think have had the most cultural or technological impact, nor are they ranked, they’re simply the team’s favorite games from the last ten years. Let’s be honest, it’s hard to make a ‘definitive’ list of the best games of the past decade, not everyone will agree  - as we all have different tastes and opinions - plus there’s only a finite amount of games we can include.

So sit back and enjoy a journey down memory lane with TechRadar’s Games of the Decade list.

Sony has knocked it out of the park this decade when it comes to exclusives, releasing mammoths like God of War and Marvel’s Spider-Man. But we believe Naughty Dog’s The Last of Us is truly the most memorable of them all, marrying relatable characters with a beautiful cinematic action experience - all wrapped up in a post-apocalyptic bow.

The Last of Us has everything you could want in a AAA game: tight mechanics, visually stunning environments, characters with emotional depth and fantastic scripting. But it’s truly Joel and Ellie’s relationship that steals the show, as we watch the grizzled, reluctant mentor and his spunky accomplice develop a bond for the ages. We can’t wait to see what The Last of Us: Part 2 has to offer as their story continues.

Zelda was due for a reinvention after Skyward Sword on the Wii, and this was as radical a change as the series has ever had. The traditional overworld/dungeon structure was switched for a completely freeform open world game, mixed with survival elements involving food and temperature for the first time.

But the Nintendo difference is how tactile Breath of the Wild's open world feels. You can climb every surface in its world, a stark contrast to games like Assassin's Creed where platforming feels extremely prescribed. This feels like a true adventure, in a beautiful world where you can complete the main objectives in the order you choose. It's the most important Nintendo game of the last decade.

Still hugely popular, Niantic’s mobile title shows just how much the Pokémon brand crosses generations, with players of all ages heading outdoors to catch the pocket monsters. Unlike many games, Pokémon Go encourages players to walk, work together and generally just be lovely to one another. There’s still Pokémon Go community days that see thousands of attendees. Pokemon Go is wholesome and - even better - it’s free (for the most part). No other game has quite got the formula right.

When deciding our best games of the decade, the TechRadar team knew that one Mass Effect game was going to make it onto the final list - what we didn’t expect was for us all to agree on which one. It’s obviously Mass Effect 2.

While Mass Effect was brilliant in its own right, carrying on Commander Shepherd’s story in a more interactive, narrative-rich and mechanically tighter sequel is the pinnacle of this series. Not only can you directly carry on from the first game - retaining your Commander’s look and personality - previous decisions impact how the story plays out, making it feel like the character is truly your own. Mass Effect 2 takes the best parts of its predecessor and makes them better than ever, adding more depth to both the story and characters. It’s the best the series has ever been.

As a series, Grand Theft Auto has always been a staple of gaming. When GTA V released in 2013, it was a success, but what no one banked on was the longevity of the game - and that’s primarily down to GTA Online.

While GTA V is a great game in its own right, GTA Online is what makes it one of the best games of the decade for us with its continually evolving world where you can essentially do as you please. It’s a feat of online multiplayer and one which Red Dead Online hasn’t quite caught up with yet. GTA Online changed the boundaries of what a shared online multiplayer experience could be and we’re still enjoying it to this day.

Thatgamecompany’s Journey is truly breathtaking. This indie gem may not be everyone’s cup of tea, but there’s no denying that it is wonderfully unique. Journey is a piece of art, combining a moving soundtrack with an emotional nuisance that doesn’t even need words.The concept is so simple but speaks volumes.

Journey proves that a game doesn’t need a huge budget to be awe-inspiring, it epitomizes the emotional depth that indie games can tap into and does so much while (verbally) saying so little. Journey is an unforgettable experience.

Farming simulators have been done a thousand times but there’s nothing quite like Eric ‘ConcernedApe’ Barone’s Stardew Valley. The pixelated RPG encompasses a classic farming simulator, dungeon-crawler and adventure game, all in one charming package.

However, what we love most about Stardew Valley is just how relaxing it is and how much subtle depth the game has. Each of Pelican Town’s residents has been beautifully handcrafted to have their own personalities, likes, dislikes and flaws. Stardew Valley doesn’t feel like an escape, per-say, but more like returning to an old friend you haven’t seen in years.

Love it or hate it, Fortnite is a phenomenon. Not only did the game bring battle royale to the masses, it blurred the lines between pop culture and gaming.

Fortnite streamers have become celebrities in their own right - just look at Ninja -, celebratory dances have made their way into the real-world, while you’ll find it hard to go into any toy store without seeing a mass of Fortnite merchandise. For a game that’s still technically in early release, that’s one heck of a feat.

Where do we even begin with Skyrim? Bethesda’s epic fantasy pushed the boundaries of open-world RPGs, allowing players to immerse themselves in a colorful world of peculiar characters and sheer adventure.

Sure, in hindsight Skyrim has some issues with bugs and glitches, but that’s part of the charm. Plus, the main quest is superbly written and there’s plenty of noteworthy quotes, scenes and side quests that will keep it fresh in our minds for another decade - at least until The Elder Scrolls 6 releases.

The Witcher 3 is how an action RPG should be done. A riveting storyline, unique characters, picturesque environments, rich folklore, more side quests than you can shake a stick at and a grizzled - but charming - protagonist.

The Witcher 3 is an immersive fantasy, full of exploration, humor and with plenty to see and so. Several years later, we still can’t get enough of Geralt of Rivia.