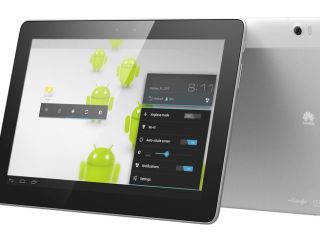 Looks promising, but we will have to wait and see

Two Huawei MediaPad 10 FHD tablets made the trip to MWC 2012 in Barcelona, but by the time we arrived at the booth there was just one – locked away in a display case after its brother was stolen.

Huawei obviously didn't want the second MediaPad 10 FHD to go walkies, so we were unable to get some hands on time with the tablet, instead having to settle for a couple of quick snaps from behind the glass.

Huawei says the MediaPad 10 FHD will hit markets in Q2 of this year and we're keen to get our hands on one to find out what it can do.