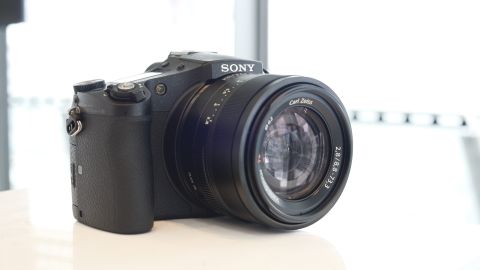 The RX10 could be the camera to shake up the bridge camera market.

It's a camera which offers a unique set of features in what is becoming an increasingly packed market. The fact that it uses the same excellent sensor as the RX100 II should make it extra appealing too.

That sensor has already proven its worth before, and here it continues to impress. The new Bionz X processor also plays a part in making this a fantastic all-round camera, which really does a pack a lot into one body, not least by including that f/2.8 constant aperture.

If you are looking for a complete camera, without having to worry about changing lenses or shelling out for expensive specialist lenses, this is the camera that will appeal to you. Sure, it's expensive, but it's still cheaper than buying a beginner-level DSLR and a bunch of heavy lenses that you'll need to lug around to achieve the equivalent focal length and maximum aperture of the RX10.

Creative controls, such as digital filters and panoramic mode, are an added bonus, although we'd like to see more flexibility with raw format shooting. We'd also like to see a touchscreen, especially as setting the autofocus point is more of a pain that it should be.

The design of the camera is reminiscent of a DSLR, and for some that will be another major selling point: you get all the kudos that a 'big' camera brings, without having the bulk, weight, and need to invest in additional lenses.

Sony has once again thought about how enthusiast photographers like to use cameras: making so many of the buttons customisable is a smart move, for instance.

Electronic viewfinders have had a bad reputation for a long time, and in fairness, those that are found on the majority of current bridge cameras are nothing to write home about. Sony has been one pioneer in bringing excellent, usable EVFs to the market, though, and here in the RX10 they've installed another winner - it's not quite as good as using a full-sized optical viewfinder, but it's pretty damn close. And don't forget that using an electronic device does have its advantages, such as displaying a preview of the taken image.

There's plenty to like about this camera, but the image quality is the thing that should sell it the most.

Beautiful colours, lots of detail and excellent low-light shooting elevate it above other bridge cameras on the market, especially with the f/2.8 constant aperture lens.

Some elements of this camera are harder than they should be. In particular, it's disappointing that it's tedious to change the AF point, something which the enthusiast photographer is likely to want to do often. We've said it before, and we'll say it again - a touchscreen would solve this problem pretty easily.

It's difficult to know how well this camera will perform - at the end of the day, there isn't generally a big audience for £1,000+ bridge cameras.

That said, it does offer quite a lot of value for an admittedly high outlay. For the real niche area of the market that this is aimed that, this could be a real winner.

Image quality is excellent, while handling is solid and reliable, with the customisation giving it a real enthusiast feel. Other touches such as the aperture ring and top plate LED also elevate it beyond the standard bridge camera.

Overall, Sony has brought another interesting concept to the market, expanding its well-respected RX family with this addition. Great work.