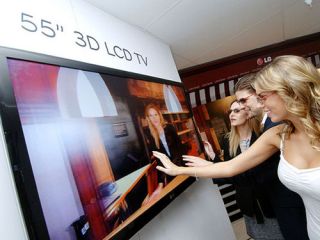 LG's flagship 3D TV, which it showed off at CES this year, won't be coming to the UK for consumers.

The LG LD360 3D LED TV was supposed to be launching into consumers' living rooms this April, but it has apparently been pulled.

The LD360 was supposed to provide consumers with a 47-inch LCD TV that will be compatible with such services as the Sky 3D TV channel.

Just two months ago, LG was touting the new flagship model as the start of a new wave of TVs, stating:

"One of the biggest trends in TV in the coming years is certainly set to be 3D and LG is making its first 3D TV (LD360) available to consumers in April 2010."

We've yet to hear why this has happened or what it means for 3D TVs in general this year, but it will be news to Samsung's ears, as it means its 9000 Series will be among the head of the pack of 3D TVs launching this year.