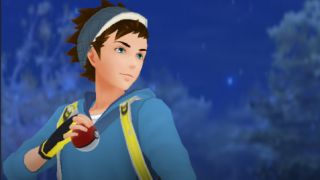 Pokémon Go is finally getting a player-versus-player (PvP) mode.

Niantic, Inc. and The Pokémon Company have announced that a Trainer Battles PvP feature will be coming soon to Pokémon Go.

Trainer Battles will allow you to participate in real-time Pokémon battles with other players and Pokémon Go team leaders.

"Trainer Battles have been created from the ground up for Pokémon Go under Niantic’s core principles of social gameplay: getting players outside and exploring the real world together," said Kei Kawai, vice president of product at Niantic, Inc.

"From Raid Battles, to Trading and Friends, to Trainer Battles, each new gameplay feature adds an extra social layer to Pokémon Go, providing Trainers with more fun and engaging reasons to connect with others."

How will Trainer Battles work?

To compete in Trainer Battles you need to create a custom Battle Party, made up of three Pokémon. This will then be your party to challenge other players and team leaders.

You can invite nearby players to participate in friendly Trainer battles through the battle code invitation system, which sees you scanning another player's unique battle code - or vice versa. There's also an option to partake in remote battles, but you can only invite someone to a remote battle if your in-game friendship has reached the ultra friends level or higher.

Trainer Battles also introduces a new charge attack for your Pokemon and a protect shield to defend against powerful attacks. After a Trainer Battle finishes, both players will receive a prize, as well as a chance of getting rare evolution items.

To keep players from becoming frustrated, a maximum cap has also been placed on participating Pokémon's strength - so you can't necessarily use your strongest.

"The upcoming launch of Trainer Battles marks the very beginning for what we envision for this new dynamic social feature which will grow and evolve over time with new gameplay mechanics."

Trainer Battles does not currently have a release date.