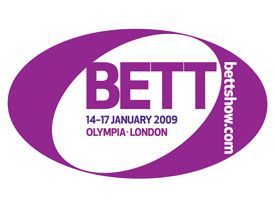 Sony at BETT 2009 - outline the high def future of schooling

Sony hasn't attended the British Training and Technology Show (BETT) for the last five years, so it is nice to see the company back at BETT 2009 with a vengeance, unveiling a veritable raft of new high def audio-visual products, services and 'solutions' for educationalists.

Sony wants to drill home the message that the company plans to help schools and teachers make "high quality content and interactive learning available to all."

Which is clearly a laudable objective, but what is Sony doing to make it a reality?

Sony Professional, a division of Sony UK Ltd, were at this year's event in force, with Hamish Kennedy, the company's Business Solutions Manager, telling us: "Each new generation of students has a stronger natural affinity with technology as a learning mechanism than the last."

"Over the last few years there has been a fundamental shift in the way students communicate," added Kennedy. "Pupils who are used to a multimedia visual experience are increasingly disinterested and disengaged by the written word."

HD products and services for schools

Sony wants to meet teachers and educationalists to explain and demo them how they can best use the company's A/V kit in the classroom.

As such, Sony is pushing its content system HDXchange, its distribution system Ziris and its XG80 videoconferencing system for schools, with the option of individual teachers through to Local Education Authority managers being able to produce, manage and broadcast high def video content – from the classroom level all the way up through to the regional LEA level.

"This means, for example, that a number of schools from around the world could link up and interact in real time, with a geography class hosted by an explorer in the Amazon basin," Sony claims.

"As lessons can be shared, the technology enables a wider audience to tap into the specialist lecturer's expertise at reduced costs."

Unsurprisingly, the two gadgets on Sony's BETT booth that seemed to be most popular with the students at the show were the PlayStation Portable and the shiny new Sony Vaio-P series mini laptop.

TechRadar is always glad to see games consoles and some of our favourite gadgets being put to good use in schools, though we idly wonder how many schools will want to invest in the ultra-expensive Vaio-P series when it launches next month…