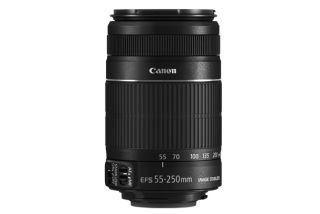 The line-up of Canon EF-S lenses has grown with the addition of a new 55-250mm f/4-5.6 IS II telephoto zoom, the company has announced.