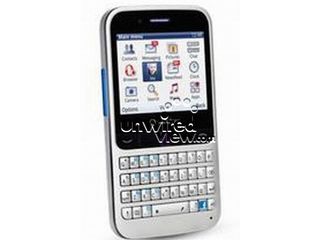 Vodafone is reportedly launching its own Facebook phone to bring mobile social networking to those on a budget.

Looking similar to an HTC ChaCha in style, as it comes with a QWERTY keyboard and silver chassis, the leaked picture shows a phone with the same dedicated Facebook key too.

This information comes courtesy of Unwired View, which claims it was sent a tiny photo of the phone, which doesn't appear to have any Vodafone branding on it.

What's more worrying is the fact it's not running Android or any kind of smartphone OS - we're hoping something like Qualcomm's BREW might be secretly on there as we don't need any more proprietary OS handsets out there.

Of course, if the phone costs something like £20 with a decent data bundle for Facebook fun, we'd understand Vodafone's decision to eschew Android simply to get a device out the door.

But given that it looks a helluva lot like the ChaCha, we'll be very interested to see where the Big Red Network thinks this will fit in the market.