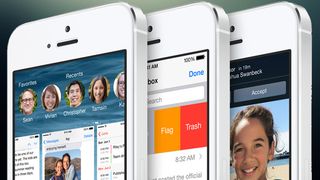 iOS 8 will bring a timelapse feature into play

While it wasn't highlighted during Apple's keynote address at WWDC last week, the iOS 8 camera app will bring to the fore a neat time-lapse shooting mode.

Now, thanks to a video shot by YouTube user iTwe4kz over the weekend, we can get take a look at how it looks using an iPhone 5S.

The results, as you can see from the clip below, are rather spectacular.

The new version of the operating system was previewed at the firm's annual developers' conference and is already available to the firm's army of developers before a public release this autumn.

Alongside time-lapse, users of the new software will get interactive notifications, family sharing for iTunes accounts, access to most-used contacts in the multitasking view, new photo editing skills.