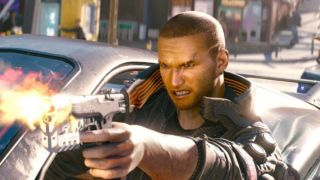 Cyberpunk 2077 is one of the most hotly anticipated upcoming games of the year (even though it probably won't be released in 2019), so we've been waiting with baited breath to see what developer CD Projekt Red plans on showing us at E3 2019.

Unfortunately, CD Projekt Red has confirmed that Cyberpunk 2077 won't be playable at E3 but we will get to see new gameplay footage.

The news was confirmed by CD Projekt Red's global community lead, Marcin Momot, on Twitter, who revealed that the developer will be hosting gameplay presentations both behind closed doors and open to the public at E3 2019. Check out the tweet below:

To answer many questions about the demo and whether or not @CyberpunkGame will be playable at E3 -- we are going to be hosting gameplay presentations (game played by us) in that cinema.23 May 2019

In a follow-up tweet, Momot revealed that these two presentations will be "different showings", but wouldn't go into details of exactly how the two will differ or what will be shown.

CD Projekt Red has been gradually drip-feeding us solid details on Cyberpunk 2077 since its official reveal at E3 2018 – where we caught our first look at the dystopian RPG behind closed doors.

All signs point to another big showing at E3 2019, where we're hoping we'll get a closer look at the game's distinctive features, environment, narrative and Lady Gaga's role in the game.

TechRadar will be reporting live from E3 2019, bringing you the latest news and announcements as they happen.