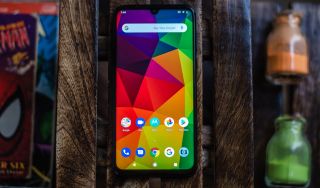 The Moto G8 Plus, which was announced in 2019 (Image credit: Future)

Leaks have suggested the Moto G8 series is set to substantially grow in the coming months, and the latest leak has provided us with a clear look at three of the upcoming devices in the family.

According to trusted Twitter leaker Evan Blass, the below image is of the Moto G8, Moto G8 Power and Moto G8 Stylus.

These are three devices we've consistently heard about in leaks and rumors, but this is the first time we've had a clear look at all three devices at the same time.

Seeing them together here may mean all three are set to launch on the same date. Weirdly, Motorola chose to launch the Moto G8 Plus at the end of 2019 but didn't unveil the Moto G8 or the other devices above at that time.

The three renders above are largely similar, and we've found it difficult to tell the three phones clearly apart aside from the color differences.

The Moto G8 Stylus is likely the device we've previously just heard referred to as a the Moto G Stylus and, unsurprisingly, it's expected to come with a stylus accessory to use on the screen in a similar way to the S Pen on Samsung's Galaxy Note series.

Blass didn't share any specs, but previous leaks have provided us with a partial picture.

It's expected that both the Moto G8 and G8 Power will run on the Qualcomm Snapdragon 665 chipset, with the Moto G8 sporting a 4,000mAh battery and the Power getting a 5,000mAh cell.

It's likely that we'll officially hear about these phones at Mobile World Congress. That starts on February 23, so we may be seeing more of these devices very soon.