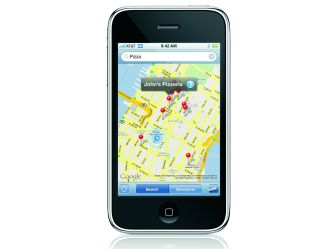 Most people celebrating on 31 December 2008 didn't know that the new year doesn't only bring pledges to fight the flab and give up smoking, but also the chance to unlock the iPhone 3G too.

Well, it didn't happen as Big Ben chimed the 12th hour, but still, the Dev-Team has released the 'yellowsn0w' unlock that will allow use of other carriers with the iPhone 3G.

Although still dubbed a '0.9 beta release' (reports of handsets being unable to locate networks are starting to spill in) it seems that most users are reporting a successful unlock of their handset.

And not only that, but the unlock has been confirmed to work with version 2.2 of the firmware update, so anyone worried about bricking their handset instantly can apparently rest easier.

But it's up to you if you want to take the risk... the blog itself states: "This is considered beta software, you use it at your own risk. You know the score."