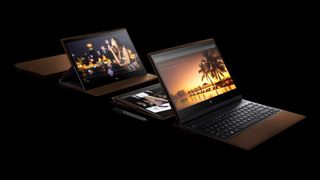 Our friends at Laptop Mag have published their annual "Best Laptop Brands" report, ranking all of the major laptop makers on various criteria.

When you're looking for the best laptop you can get, there's more to it than just finding one loaded with the best processor in a slick design. The value you're getting, the ways the brand has innovated in making the laptop, and the support they offer after your purchase all matter as well. This is what Laptop's rankings focus on.

The new ranking sees some dramatic shifts in position for popular laptop brands. HP and Asus have moved up to claim the first and second rankings, while Lenovo fell four places to go from first down to fifth. Razer made a notable move upward, surely carried along by its new laptops and improved tech support.

Meanwhile, one brand many would think about when they consider excellent laptops has sank low. Apple fell three places to land at 11th, placing only above MSI and Samsung.

Reasons behind the rankings

HP scored big points this year for not only having excellent laptops, like the Spectre x360, but also for its innovation in design with the likes of the Spectre Folio. It may not have earned many points for support and warranty, but with more reasonable prices, its laptops have high value.

Asus and Dell follow close behind with comparable value to HP's lineup. Even though their laptops offer impressive innovation and design, and come with better support than HP's, the laptops themselves received lower review scores.

Lenovo's move down the ranks doesn't stem from a lack of value or variety. Its laptops rank highest for value and selection. But, they have reviewed poorly, and Lenovo's warranty and tech support have left room for improvement.

Apple's fall from grace – though, it didn't have a very high ranking last year either – is tied to its high prices, limited selection, serious lack of innovation and underwhelming design. With new laptops each year that don't look or feel all the different than the previous year's model, unless it's the faulty keyboards, it's no wonder they're getting a bit tired. Perhaps the next refresh of laptops paired with some of the exciting announcements from WWDC 2019 will change the direction Apple is headed.