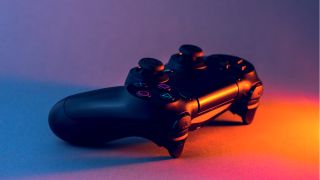 The PS5 is looming on the horizon, and while we don’t know everything that the next-gen console will offer, we do know that the PlayStation 5 will be packing some very interesting audio tech, as well as ray-tracing and backwards-compatibility.

In an April 2019 interview with Wired, the console’s lead architect Mark Cerny confirmed that the PS5 will support what he calls "3D audio" – something he says will "make you feel more immersed in the game as sounds come at you from above, from behind, and from the side".

While Cerny didn't elaborate on exactly how the technology works, he confirmed that it won't require "any external hardware", with the audio chip forming part of the third-generation AMD Ryzen chipset that will power the PlayStation 5.

Why should gamers care about 3D audio?

The benefits of playing a game "as sounds come at you from above, from behind, and from the side", are abundant. Aside from making the gaming experience feel more immersive, it could provide you with more accurate cues and clues as you play.

Imagine how the experience of playing a first-person battle royale game like Fortnite would be transformed if you could actually hear the footsteps of your enemy sneaking up on you without buying a virtual surround sound gaming headset.

Or, how much more engrossing puzzle games like Fez would be if you could hear synths bubbling up around you as you succeed in finding your next clue.

When speaking to Wired, Cerny conceded that there was a "frustration that audio did not change too much between PlayStation 3 and PlayStation 4".

"With the next console the dream is to show how dramatically different the audio experience can be when we apply significant amounts of hardware horsepower to it.”

So we can be fairly certain that the PlayStation 5's 3D audio chip will mark a big improvement from the sound quality produced by the PlayStation 4 – and with the PS5 release date expected to land in March, we might not have to wait very long to find out.

Although the PS5’s audio specs haven’t been revealed yet, the 3D audio chip that Cerny alluded to could deliver Dolby Atmos sound with it, bringing it into direct competition with the Xbox One

What could that mean for gamers using the PS5? Well to understand that, you first need to know a little bit about how Dolby Atmos works.

Dolby Atmos is an audio format that allows you to experience the sound from your music, TV shows, films, and games in a 360-degree sphere. It’s designed to give your audio the feeling of being three dimensional; for example, imagine the difference between hearing a helicopter flying a few hundred yards away versus directly over your head.

Sound designers for films and TV shows can achieve this by positioning different sounds and effects at different points in that virtual sphere, which in turn, correspond to where speakers are positioned in your living room. When you play the movie back using Dolby Atmos-enabled audio devices, you'll be able to hear the effects move around you, just like the audio engineers intended.

In an ideal world, we’d all have speakers rigged to our ceilings to fully convey the sound of that helicopter passing over us – of course, that’s not a reality for most.

That’s where Dolby Atmos soundbars and speakers come in; these hardworking gadgets work by bouncing beams of audio off your ceiling and then to your ears, using upfiring tweeters.

There’s one problem with that though – Cerny said that no external equipment would be required for the PS5's 3D audio chip to take effect. That rules out Sony’s own 360 Reality Audio codec too, which requires compatible headphones like the Sony WH-1000XM3 or speakers like the Amazon Echo Studio to work.

So, without specialist spatial audio hardware, how could the PS5 sound truly immersive?

The answer lies in Dolby Atmos upmixing, which was introduced by Microsoft to the Xbox One X back in 2019. This clever tech can take a non-Dolby Atmos source and turn it into an approximation of Dolby Atmos sound.

The effect isn’t as immersive as true, encoded-at-source Dolby Atmos, but as the upmixing technology was developed by Dolby itself, you can be fairly confident that upmixed audio will pack more of a sonic punch than non-upmixed sources.

While true Dolby Atmos requires speakers or a soundbar with upfiring tweeters to propel sound right up to your ceiling, virtual Atmos doesn’t require any special hardware.

Called Dolby Atmos Height Virtualization, this audio processing simulates the experience of overhead sound using speakers at a listener level (like the ones inside your TV). It works by applying height cue filters to any overhead audio component – like the helicopter – before they’re mixed into listener-level speakers.

It’s a technology based on psychoacoustics, or in layman’s terms, the study of how the human ear and brain perceives sound. According to Dolby, the filters applied to overhead audio components simulate “the natural spectral cues imparted by the human ear to sounds arriving from overhead”, essentially tricking your brain in the process.

Normally, Dolby Atmos needs to be applied at the point of mixing a soundtrack, but the upmixing technology used by the Xbox One X can transform non-Atmos formats into an immersive virtual version of the technology. With the PS5 confirmed to be backwards-compatible, using technology like this could pave the way for older games to be revived with 3D sound.

So, while we still don’t know the ins and outs of the PlayStation 5’s 3D audio chip, it seems likely that it will allow Dolby Atmos upmixing support, similar to what we’ve seen in the Xbox One X.

For those who don’t want to rely on their underwhelming TV speakers a new soundbar doesn’t have to be a huge investment; in fact, some of the best soundbars of 2020 are genuinely affordable.

Sony’s HT-X8500 Soundbar comes with support for Dolby Atmos, and costs just $299 / £350 / AU$599 – and now that it’s a little older, that price is often discounted by retailers hoping to shift some stock.

If you already have a speaker set up that you don’t want to get rid of, it’s possible to buy add-on upfiring speakers like the PSB Imagine XA to bring Dolby Atmos to your existing configuration – this can be pricey, though.

Don’t want to spend all that money on new gear? Even using your TV’s speakers, virtual Dolby Atmos will probably sound a lot more immersive than non-upmixed audio though. Cerny himself said that headphone audio would be “the gold standard” when it comes to playing games with the PS5 – and most of us have a pair of headphones knocking around at home.

Hopefully, all will be revealed in the coming weeks – and it could be that Sony has opted to use a technology completely different to Dolby Atmos. Until the PS5 is officially released, we’ll have to wait and see.