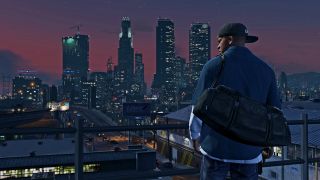 Despite the fact that it’s now emerged that Grand Theft Auto 5 has made more money than any movie or video game ever, Rockstar still isn’t done with it. The company has now announced a new Premium Online edition of Grand Theft Auto 5, aimed at drawing in new players rather than bringing anything new to existing fans.

Confirming the rumors which first emerged in March, the Premium Online edition will include the base game alongside the range of Online DLC that’s been released over the years as well as the Criminal Enterprise Starter Pack bundled.

The Criminal Enterprise Starter Pack was only released for GTA Online in December 2017 and it apparently contains weapons, vehicles and properties with a value of up to $10,000,000 GTA dollars.

There have been plenty of Grand Theft Auto Online bundles released over the years, but it appears that this version is designed to replace the core game and draw in the approximately seven people that are yet to pick up Grand Theft Auto 5. It's certainly better value at the very least.

As such, if you've already purchased the original game and invested heavily in online DLC we wouldn't recommend picking up this version.