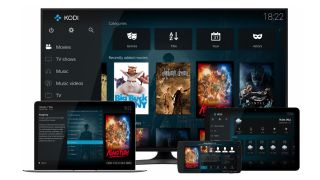 If you're looking for a comprehensive guide to the best Kodi add ons, you've come to the right place - we've done all the work to find the best apps on the platform and can point you in the right direction for where to look. We've updated this list for January and February 2019, but keep in mind that some add ons disappear periodically only to blip back into existence a few months later.

If you’re not familiar with Kodi, you should be. As an all-purpose media player, Kodi is second to none. It offers users the ability to stream, download and access content from one convenient place. More than that, it’s both free and open source, so it’s constantly adapting and becoming more versatile.

Of all the amenities Kodi provides, one of the biggest selling points is the fact that it lets users stream live TV without having to commit to a particular cable provider. In fact, it makes cutting the cord even easier since users can instantly program Kodi to stream virtually any TV channel around the world.

Of course, none of this would be possible without the abundance of Kodi add-ons that are currently flooding the internet. Please be advised that we at TechRadar do not condone or endorse piracy, so this list will only feature official (and legal) live streaming add-ons.

So, without further ado, check the list below for our top live streaming add-ons.

(Note that unless otherwise specified, every add-on in this article can be found in the Kodi repository by opening Kodi and going to Add-ons > Downloads > Video add-ons.)

How to watch live TV on Kodi: The best Kodi live TV add-ons

This official streaming channel features live streams from the top US broadcasters, including NBC, ABC, CBS, and more. Note that you can stream up to seven networks with a free subscription, but you need to pay $20 (£14) to unlock all 21 available channels.

At its core, PS Vue was made to be a convenient cable replacement. Offering more than 50 live TV channels, you’ll need a subscription in order to use this add-on. Prices start around $40 (£28) a month, with different viewing options depending on the exact subscription.

Essentially, this is the Kodi version of the BBC’s popular iPlayer platform. A subscription is required, but once you’re logged in, you can stream live UK TV and radio. You’ll need to use an IP in the UK, but users outside the country can stream with a VPN (read more about this below).

Similar to iPlayer, the ITV add-on (which you’ll find here) lets you live stream ITV broadcasts. You can take advantage of tons of live shows while also gaining full access to ITV’s hearty repository. Again, you’ll either need to be in the UK or use a VPN to access this add-on.

A versatile add-on that offers both live streams as well as a deep repository of on-demand content, Pluto.TV requires users to create an account, but the service is free to use. It also has a large selection of news broadcasts.

As part of the Syfy network, Comet TV is a dedicated Kodi add-on for all things science fiction. It offers its own set of live streams, as well as a robust repository of older on-demand series and films.

Providing both live US cable news streams as well as regional state-by-state broadcasts, NewsON is the one and only Kodi add-on you’ll need to stream live news. As an all-purpose news aggregator, it’s simply the best.

Broadcasting daily from the New York Stock Exchange, Cheddar is a live streaming add-on that’s geared specifically toward millennials. With no subscription required, you can access all the latest breaking tech and financial news, as well as a large repository of older broadcasts.

Where to find it: Plex Forums

If you think about it, it’s kind of strange that Plex – long seen as a fierce competitor with Kodi – has now launched its own Kodi add-on for the powerful Plex server software, bringing with it the usual attractive interface and other awesome features that Plex is known for.

While many people may think adding Plex to Kodi is a bit wasteful as they share many of the same features, it's actually a fantastic move. Now users can have the slick and professional Plex experience alongside the flexibility of Kodi.

If you're a home theater obsessive, then the Plex add-on for Kodi is a must, and thanks to a recent update you don't even need a Plex subscription to use it.

Looking to get your sports fix? Yup, Kodi can help with that too. Again, keep in mind that this list only includes official add-ons, so most will require a subscription.

That said, the great thing about Kodi is that it caters to every audience around the world, so whatever your sport of choice, from baseball to football, you’re sure to find an add-on that streams it.

For roughly $20 (£14) a month, this add-on features tons of live sports streams, including boxing, hockey, and more. That said, DAZN usually offers a one-month free trial, so you can sign up, try it out, and see if you like it. Bear in mind that this add-on is currently only available in Germany, Canada, Austria, Switzerland and Japan. Fortunately, you can still use a VPN to spoof your location and stream, as we’ll discuss later.

This handy sports add-on gives you access to the wide world of ESPN sports, all from the comfort of your streaming device. You’ll need an ESPN subscription to use it, but once you’ve logged in you’ll notice a sizeable backlog of recaps, highlights, and more.

Essentially the Kodi version of the streaming service, you can sync your NBC Sports account to your Kodi device to live stream everything from racing to boxing and more. Note that you’ll need to sign up first.

As one of the few Canada-based sports add-ons, Sportsnet Now gives users full access to live Canadian sports broadcasts. You’ll need to use a Canadian IP address to stream, so a VPN may be helpful for people who are outside Canada.

You’ll need a subscription to stream, but once you sign up you’ll have access to every baseball event in the US. Like the NBA and NFL add-ons, you can watch old highlights and other clips for free with the MLB.com add-on. NBA League Pass and NFL Game Pass are also available in the Kodi repository.

If you don't mind your streaming Kodi add-on using a silly name and a bit of a silly lead image, Bulldog streams is worth a shot. It offers plenty of sport TV channel streams, as well as an Operation Robocop zone.

This is where you'll find Bulldog Streams's live event streams, a hot ticket in the Kodi add-on stakes. Some of the streams may take a while to load at peak times due to server load, but the streams on offer give you plenty of choice.

Pay for a Kodi add-on? Madness? Not quite. Sports Mania is an excellent add-on that has dynamic server load management so you don't have to put up with stuttering streams or ones that refuse to load altogether.

It'll cost you £50 a year (around $65, AU$90), but might be worth it if you are going to use Kodi for a lot of sport-watching longer-term. There are also shorter memberships if you just want to try out a premium Kodi add-on without much of a commitment.

SHOUTcast 2 is an internet radio Kodi add-on, letting you listen to one of thousands of online radio stations directly from the Kodi interface.

It's very easy to use, although given the huge volume of channels available, it can be difficult to find just the right one for you. Thankfully it organizes channels by Genre, which makes it a little easier to browse.

We've previously spoken about how to use programs such as CouchPotato or SickBeard to automatically download TV shows and movies, and SickBeard XBMC and CouchPotato Manager are add-ons that let you control these apps from within the lounge room-friendly interface of Kodi. You'll still need the apps installed on your PC to use them.

You can add new shows or movies, and check and stream your library with these apps, and they do a good job of letting you get to the core functionality of the apps.

Where to find it: Superepo repository

Spotify doesn't make an official interface for Kodi, but there are third-party add-ons that let you access your Spotify account from within the Kodi software. Spotimc is the one we've been using.

While not quite as slick as the mobile app Spotify has made, it gives you access to the full Spotify library as well as the playlists you've created on your phone or laptop (and it doesn't mess up the formatting of artist and track information either). A good alternative to plugging your laptop into your hi-fi during a party.

There's a small army of podcast apps for Kodi, but the one with the best line-up is Apple iTunes Podcasts, which hooks into the iTunes podcast library, an amazing treasure trove of content.

The interface isn't too fancy, but it's clean, clear and easy to search through. There are also loads of sub-genres, making browsing for new podcasts without having any friends' recommendations a cinch.

Film fan? You're missing out if you don't listen to the Kermode and Mayo Film Review show. This Kodi add-on gives you access to the huge podcast archive, and a lot more besides.

You can watch the Kermode Uncut video blogs (definitely worth a watch), as well as all the YouTube video clips of Kermode and Mayo in the studio reviewing many films from the last few years. Just remember to say hello to jason Isaacs.

Where to find it: Inbuilt script

Kodi isn't just about playing video and music: you can also point it towards your retro game ROM and emulator collection and it'll arrange your goodies in a very TV-friendly way.

You can also launch games right from this UI, and it's built into Kodi too – just search for "rom collection" in the add-on browser. It doesn't provide any emulators or ROMs though, so you'll need to have those first.

The best Kodi bonus add-on: Why you should use a VPN with Kodi

Whether you use Kodi as a cable replacement, a gaming machine, or simply a music service, it’s important that you use a VPN. Not only will you be able to access more streams, but you’ll also be able to instantly secure your entire online network. This means you can use Kodi without worrying about your information being tracked or recorded.

A VPN can also help you bypass any throttling in the event that your ISP is purposely – whether it notifies you or not – slowing your network down. While a VPN won’t usually increase your streaming speeds, it can help restore them to their baseline.

When choosing a VPN, it’s important to factor in three main criteria: anonymity, privacy, and plenty of server options. In our experience, ExpressVPN offers the best overall bang for your buck. As our highest rated VPN service, it’s a clear winner. And because the firm’s apps use the OpenVPN protocol by default, it’s the perfect VPN for streaming.