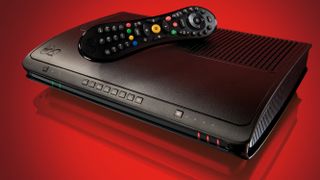 Speaking to Digital TV Europe, the company's CEO Tom Mockridge allayed fears that its new owners would force the service to move in line with its own television of choice, Horizon.

When asked if that was a possibility, he said, "The short answer is no."

We could see more streaming apps hit Tivo boxes in the near future, though, as Mockridge said Virgin is "certainly open" to these kinds of deals after adding Netflix last year. Amazon's Prime Instant Video service is already in talks with Virgin.

But the company won't be hitting the production studios to create its own shows any time soon. Despite it being Quite The Thing among TV providers and streaming services - Netflix's House of Cards recently won an Emmy, Sky's Moone Boy is much-loved and Amazon runs a production arm too - Virgin says it won't be following suit.

"We carry a wider selection of channels than anyone else in the market because we are the middle guy," said Mockridge.

"We would rather have a comprehensive offer and we don't see the differentiation in the programming as being critical to our future."

That's because Virgin Media now sees itself "primarily as a broadband supplier" rather than a TV player.

"We see our differentiation as being in the quality and depth of broadband."