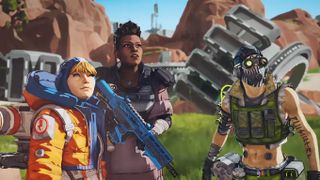 Apex Legends has a lot of big changes coming up. Between a rumored new character and upcoming solo mode, Respawn Entertainment is busy rolling out new content left, right and center.

But if you're more interested in Apex Legends' upcoming bug fixes and quality-of-life improvements, then you'll be happy to know that the development team now has a public Trello board which allows players to keep track of smaller improvements that are on the way.

As spotted by Eurogamer, the 'Apex Tracker' details a bunch of fan-requested changes that are on the way, including bug fixes and improvements to aspects such as UI, networking and quality-of-life features.

This handy tracker also lays out the latest news, patches and game updates, as well as useful links for players. However, don't expect to see any of the super-secret stuff the developer is working on.

"Our goal with the dev tracker is [to] provide players with more visibility into some of the bigger community issues that we've seen reported and [are] working on," Respawn Entertainment writes in the Trello description. "Note that this board doesn't account for ALL the things we're tracking.

"We'll be updating the cards here at least once a week and will include a link to the board when we do dev updates."

So what new features can we expect in the future? Well, according to the tracker, we'll be seeing quality-of-life features such as auto sprint for consoles, showing  XP and star challenge progress in match summaries, a better Battle Pass progression on match summaries, and the ability to switch from localized voiceovers to English.

In terms of general bug fixes, the team is also working on fixing instances where players lose ranked points when a server crashes, challenges don't track and spamming heal results in the animation being cancelled.

There are plenty more small updates on the board too, so make sure to check it out. It's worth noting, however, that when these fixes and features will be implemented is not specified. But it's always good to see that Respawn is taking community feedback on board.