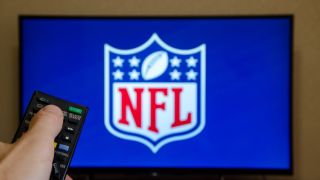 For a good few years now, Super Bowl commercials have gone hand-in-hand with the big game itself. Each extortionately priced ad slot is highly coveted not just for its mega viewership, but also for its place in a tradition of cinematic ads with high impact results.

Marketers have been trying harder and harder to be remembered among the high octane action of the big game for years, with the results of the best Super Bowl commercials being incredibly charming, funny, powerful commercials for some of the world's biggest brands.

Every ad break is celebrated in the Super Bowl - with brands spending big bucks to have their zany up-to-90-second clips put before the nation in a bid to 'win' the break. It's every brand's chance to cash in a high production value ad for a massively engaged audience across the world, and the rush to create the wackiest, cutest, or most emotional ad has always been on.

With the biggest advertising event of the year just around the corner, we're calling back to some of the most legendary Super Bowl commercials of the last 53 Championship games.

Despite key star Michael Jordan also appearing in a Nike campaign in the same commercial slot, McDonald's still won the 1993 race for the best Super Bowl commercial with its "nothing but net" ad. The Showdown treated viewers to a Larry Bird vs Michael Jordan dunk challenge in efforts to win a Big Mac meal. With every unbelievable shot, we edge closer to that classic line and it becomes more and more obvious that McDonald's has a winner on its hands.

McDonald's weren't worried about their star sharing the limelight with Nike, and they were right not to be. The Showdown was named the winner of USA Today's Super Bowl Ad Meter the next day.

Launching a direct attack on the Whopper and the Big Mac, the Wendy's Super Bowl XVIII commercial not only celebrated the caliber of the Wendy's burger, but also launched a slogan that would capture American pop-culture, language, and even politics for years to come.

"Where's the beef?" was a simple line uttered by a small Grandma as she glared at an oversized hamburger bun with a comically small patty in the middle. It would soon come to be used throughout the country as well as Walter Mondale's ill-fated Presidential campaign just a few months later. To this day, "where's the beef" is a classic hallmark of 1980's advertising.

"Who's the wise guy?" That's what Ray Charles wants to know when his coveted Diet Pepsi is switched for a Coke during this 1990 Super Bowl XXIV commercial. The ad hit that sweet spot of simplicity and comedy that makes all the best commercials stand out in the arena of the ad break. One of the string of ads sitting under the "you got the right one, baby" umbrella, Ray Charles would continue advertising with Diet Pepsi until 1993.

Beyond this particular clip, Ray Charles also played host to a number of Diet Pepsi Super Bowl commercials over the three year period, with the whole campaign striking a particularly groovy note. It continues to be held as a pinnacle in longer tail advertising campaigns, with the Super Bowl commercial break playing a major role in the release of each new ad.

While Pepsi has laid its claim to the Super Bowl, Coca-Cola wins out between the two in our roundup of the best Super Bowl commercials. All it took was a simple "hey, kid - catch!" and the world was won over.

As 'Mean' Joe Greene is limping off the pitch, a young fan approaches - it's the typical adorable child meets grumpy hero and changes him for the better with a Coke storyline we've all come to know and love. Plus, it's complete with extra long shot of the hero draining the bottle. The ad has become one of the most famous Coca-Cola commercials in history, spawning a celebrated tagline that continues to drive memories today.

Rather than dealing in whimsy or using a star-studded cast to get their name out to the masses, Apple took a decidedly...Apple route to stardom in the Super Bowl XVIII. Positioned to reveal the Apple Macintosh computer, the abstract 1984-esque production sees a young athlete destroy a Big Brother screen during a dystopic rally of marching unison, Thought Police, and surveillance. The commercial concluded with a reveal of the Macintosh computer and the words "you'll see why 1984 won't be like 1984".

In an arena of quick sketches and celebrity endorsements, the commercial, named 1984, sat at a strange position of intrigue and mystery. And yet, it went on to be widely celebrated as a momentous masterpiece that would change advertising forever.

Super Bowl 2020 commercials: what to expect?

With 2020's entrants into the Super Bowl commercial space making themselves known, we have some clues as to what each ad break might bring us. One of the biggest early reveals to make headlines recently has been Donald Trump's 60-second reelection campaign slot, but we're still waiting to see exactly how that pans out against Mike Bloomberg's.

We know that Coca-Cola are returning to the in-game ad field after a brief departure in 2019 which saw a pre-game commercial buck the soda brand's tradition. Facebook will also enter the space for the first time with a commercial starring Sylvester Stallone and Chris Rock taking on the steps of the Philadelphia Museum of Modern Art. Also confirmed for a Super Bowl slot are Mountain Dew, Budweiser, Pringles, Audi, Porsche and Snickers among others.