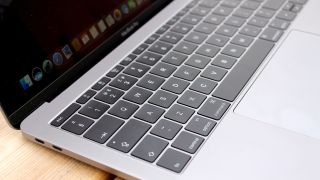 We waited a long time for new MacBook Pros but it seems all is not well with Apple's latest and greatest laptops - some of the users who've picked up the machines are having trouble with the trackpad, according to Apple sites MacRumors and 9to5Mac.

Specifically it's the classic three-finger-drag gesture - which moves the active window on screen - that people are having problems with. Users are reporting that the feature only works intermittently or doesn't work at all.

Apparently it's the edges or the corners of the Force Touch trackpad where the issue is most noticeable, and that's led some to speculate that the palm rejection feature (designed to ignore touches from your palm) is getting i the way.

"With the 13-inch MacBook Pro, I switched to three finger drag, and the palm rejection kind of gets in the way," wrote one user on the MacRumors forums. "If you go from typing to try and drag a window, you have to hit the centre of the trackpad with your finger tips, or it doesn't register."

There's been no official comment so far from Apple, although a user post on the Apple support forums suggests the company has "acknowledged" this is an issue and is promising a fix. It sounds like the sort of bug that can be cleared up with a software update rather than a mass trackpad recall.

In the meantime, if you're having problems with the three-finger-drag gesture on your new MacBook Pro, know that you're not alone. In the meantime, we've got some first impressions of Apple's newest laptop.