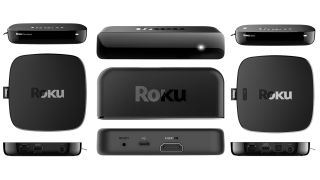 Though Roku is best known for its streaming hardware, recent reports suggest the company is quickly shifting its attention to software.

According to Variety, which has word from three separate sources close to Roku, the company could be planning to start streaming video from its existing app on third-party devices – most likely smartphones.

At the moment, Roku’s iOS and Android app is largely used as a replacement remote for its hardware though it’s also a way to access Roku’s channel store, content recommendations, voice interaction and universal search functions. To operate, the app has to be on the same Wi-Fi network as one of Roku’s devices but if Variety’s report is accurate the app could become a streaming entity in and of itself with video playback capabilities.

Over the years, Roku has been slowly attempting to transition from being a hardware-only company to one that operates a more service-based model. At the moment the most notable step the company has taken has been to license its operating system out to TV manufacturers for direct set integration so if this happened it would be a significant step.

It’s likely that the Roku app would host the ad-supported The Roku Channel. This recently launched channel is populated by movies distributed by studios Roku has deals with. There are some big-name studios on the roster including Lionsgate, MGM, Paramount, Sony Pictures Entertainment and Warner Bros. The content is free to watch if you’re willing to accept the advertisements that play throughout.

At its recent IPO, Roku said it intended to continue to focus on selling advertisements and distributing content which suggests that it intends to expand this channel or create more just like it.

It’ll be getting these channels onto devices that aren’t Roku-created that will be the company’s biggest challenge.

Variety has suggested that Roku could eventually take things further and integrate third-party channels into its app. It’s not clear how this integration would look but it’s likely that it would involve publishers who already have their own channels available on Roku’s devices also making them available via the Roku mobile app.

One of Roku’s main goals is to cut down search time and increase viewing time for its customers so it already has a means of curating the content from the various third-party channels it supports on its hardware.

For example, on Roku’s new 4K streaming stick it’s possible to access a library of 4K only content that’s populated with films and TV shows from across services such as Netflix and Amazon Prime. Clicking on a film you want to watch will open a menu telling you which service it’s available on and opening it.

Moving this kind of curation into a mobile app capable for video playback, however, would perhaps not sit well with services such as Netflix which already has its own mobile streaming app.

However, given that on the app both the iOS and Android app stores, Roku consistently ranks in the top 30, above apps from services such as CBS, ABC and HBO. It’d be a stretch, but if Roku positioned itself correctly it could become the umbrella service for big streaming subscription services that struggle to reach mobile customers.

Though Roku hasn’t made any kind of public announcement with regards to these plans, Variety noted that it has advertised for a senior iOS engineering role, that would require successful applicants to be comfortable with handling key iOS technologies used for media playback as “Roku mobile is on the cusp of a major expansion.”

It’s not clear whether or not Roku would ever move beyond mobile and bring its channel to other third-party streaming hardware like the Amazon Fire devices or the Apple TV. This would likely be a difficult step for Roku to make, given that streaming device manufacturers can be particularly strict with regards to which apps and content they allow on their devices.