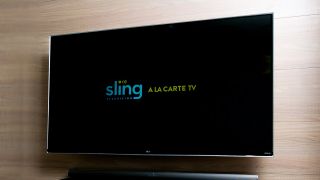 The king of channel surfing, Sling TV remains the nation’s favorite live streaming service, with a tally of more than 2.6 million subscribers as of early 2020. It was the first provider to enter the marketplace in January 2015, and exists in what is now a highly crowded arena. Given Sling TV’s recent price hikes, you need to be sure you're getting the best Sling TV package for the price.

Going head-to-head with some of the biggest names in TV streaming (hello Netflix, Amazon and HBO), the hunt for sign ups is clearly no easy feat. Key to Sling TV’s success is its focus on both flexibility and affordability – conveyed in their marketing imperatives to “Take Back TV” and “Stop paying too much for TV”.

Individuals are able to choose between two core packages – consisting of a respectable number of channels at the same very competitive price – and opt to include ‘Extras’ for an additional cost. These range from generic bundles like Comedy Extra, increased Cloud DVR storage, and sought-after premium channels such as Showtime. There’s plenty of scope to make Sling TV work for you – whether you’re after variety, great value, or a bit of both.

With Disney Plus now also vying for your precious dollars, we’re going to break down how Sling TV prices and deals compare with the key platforms in the on demand and live TV streaming market.

Sling TV price: how much do packages cost?

There are two basic packages: Sling Orange and Sling Blue. Both cost $30 a month (the first month is only $20), but they provide slightly different offerings.

Sports fans are best served by Sling Orange, which includes ESPN channels and Motortrend, while Sling Blue includes National Geographic, a range of NBC offerings (available in select markets - check which here) and Fox News. If you want a greater number of channels, some local networks and sports, you can choose the Sling Orange + Blue package for $45 a month ($35 for the first month).

After selecting your core package, the below extras can be added for the listed monthly fee:

Also available are a range of “a la carte” channels and international mini-packages: meaning you can personalize your line-up with premium channels like Showtime, or by selecting Chinese, Brazilian and Italian content, at prices from $3 to $10.

How does the Sling TV price compare to Netflix?

Pitting Sling TV against Netflix is a bit like comparing apples and oranges. Netflix is undoubtedly the daddy of on-demand streaming. It’s only $8.99 a month for its Basic Plan, has an extensive cache of film and TV shows, and produces some fantastic original programming.

But if you’re looking for a cost-effective replacement to cable, there’s no competition. For $30 a month, Sling TV offers a minimum of 32 channels – nearly 50 if you select Sling Blue – that include Comedy Central, CNN, and Epix Drive-In. While the service’s focus may be on live programming, the channels offer a healthy selection of instantly available content. You can further imitate the on-demand experience with their Cloud DVR service: recording up to 10 hours of programming for free and 50 hours for an extra $5 a month. Perfect for those whose lives don’t fit around a TV schedule.

Although Sling TV has defined itself as “a la carte TV”, it feels like a label better suited to Amazon Prime Video.

In addition to an abundance of on-demand films and TV shows for $12.99 per month – less if you pay for an annual subscription – you can pick from over 100 individual channels*. Prime is ideal if you’d like access to an extensive film library but also don’t want to wait to catch your favorite TV shows.

However, at an average cost of $7 each, your monthly bill rises fast if you decide to add more than a handful of channels. If you’re looking to replicate the multi-channel cable experience but at a low-cost, Sling TV probably remains your best option.

How do Sling TV plans compare to Disney Plus?

While a Sling TV subscription says ‘budget cuts’ and ‘compromise’, Disney Plus is a blast of funshine that offers more than the bare necessities. In addition to the company’s extensive back catalogue, the platform includes acclaimed Star Wars spin-off The Mandalorian,  Pixar’s cache of films, documentaries, and exclusive Disney+ content. The low cost of the Disney Plus price and the broad appeal of its family fare are just two reasons why more established services might have noticed a recent dent in their market share.

- Sign up to Disney Plus directly at its site

Yes, the range of content on Disney+ is limited with just over 500 films. It has no live TV option, not even streaming its own Disney Channel, whereas Sling TV provides access to numerous channels affiliated with the company (Freeform, for example).

Perhaps pre-empting its restrictive appeal to families with younger children, Disney Plus has assembled a package that bundles together the ad-supported Hulu and ESPN at $12.99 per month. Although the only live TV you’ll get is sports, you’ll appease tweens, nostalgic adults, and be able to enjoy more mature content from Hulu as well.

How do Sling TV packages compare to Hulu?

Both Hulu and Sling TV have a plethora of live programming at relatively low costs, with Sling Orange providing access to over thirty channels for the very affordable price of $30 a month. Hulu + Live TV’s core package is $54.99, but offers more than twice the number of networks. Even if you decide to purchase Sling Orange + Blue at $45, Hulu has the highest ratio of channels to hard-earned dollars - marginally.

It’s a close-run thing. Sling TV surpasses Hulu with its affordability, “a la carte” flexibility and potential selection of 200 channels in comparison to just over 80. But, if your wallet can take the extra strain, Hulu wins as far as value for money is concerned, having thousands of television series and movies in addition to live TV functionality. You can read more about Hulu’s prices and subscription packages for further information.

How do Sling TV packages compare to YouTube TV?

YouTube TV offers good value – if a slightly steeper price than Sling TV $49.99 per month. Still, along with more than 80 channels you get unlimited DVR storage, allowing you to record shows to your heart’s content (although they’ll be removed after ninety days). In contrast, Sling TV provides a maximum 50 hours storage for a $5 fee. But, on the plus side, content is only erased if you exceed your limit.

Should you want a more comprehensive option and don’t mind paying a bit extra, YouTube TV is ideal. You get dozens more channels than the Sling Blue + Orange package – plus one of the best DVR services – and all for the equivalent price of Sling TVs combined package with 50 hour DVR capability. Additionally, you can subscribe to a small roster of channels including Fox Soccer Plus, and watch YouTube Original content like Cobra Kai.

How does the Sling TV price compare to HBO Now?

At $14.99 a month, HBO Now is a costly proposition for the casual viewer. Unlike Sling TV, it offers no live streaming, no additional channels, and no extras. It’s no-frills but ALL thrills, which come courtesy of HBOs acclaimed catalogue of movies and TV shows, such as Game of Thrones, Succession and Big Little Lies. And while its library of content is slim in comparison to Netflix, it serves up quality viewing for all tastes – from sports, dramas, and documentaries, to kids shows and LGBT programming.

As a service, it’s rather antithetical to Sling TV – especially since HBO was removed as a purchasing choice due to a contract dispute. Where Sling TV delivers a more casual TV viewing experience, and a wealth of content, HBO focuses on well-crafted drama with high production values. As such, they’re more complimentary than mutually exclusive.

You can find more information about how to sign up to Sling here. If you’re still unsure whether it’s the ideal choice for you, we’ve also compared the best TV streaming services currently available in more detail.