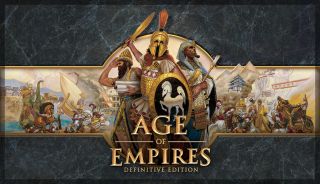 With Gamescom 2019 about to open its doors, and with it the floodgates to a whole wave of fresh gaming news, Microsoft is teasing a reveal that could be set to show off more on Age of Empires 4.

We've known that a sequel to the historical strategy series is on the way since Gamescom 2017, but after a no-show at E3 2019, Microsoft's head of gaming Phil Spencer promised that there'd be more to share before the year is out.

The time for more news appears to be upon us then. The Age of Empires Twitter feed promises "some exciting Age of Empires news" will be announced on Monday, August 19th at 17:00 CEST:

Having been remastered once already, Microsoft is pulling out all the stops with this new version of the second game in the series, introducing four new playable civilisations, three new campaigns and enough gameplay tweaks and UI improvements to fill a medieval castle.

But it is Age of Empires 4 we're most excited about – a previous teaser trailer showed many historical timelines, spanning ages that saw Romans through to the Japanese samurai as well as the British Redcoats.