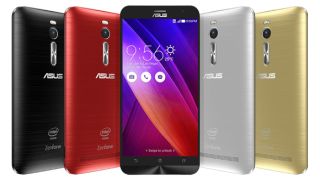 The ZenFone 2 is an attractive smartphone

Asus officially outed the ZenFone 2 at the beginning of January, and now it's revealed everything there is to know about the phone.

The ZenFone 2's product page at asus.com lists its specs and provides some great looks at the upcoming handset.

We knew a lot of that, but it doesn't end there - the official site has a full and comprehensive specs sheet.

The only thing it's missing is the phone's release date, but the Asus ZenFone 2 is expected to launch around the second quarter of 2015.