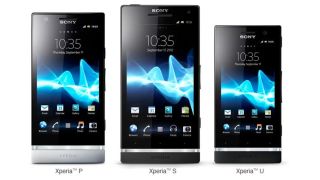 Sony is ready to add to its trio of handset

Details have leaked out about another possible Sony handset known as the ST26i, but don't get too excited.

Sony has already released a pretty impressive trio of phones this year, the Xperia S, Xperia U and

, but it looks set to expand its range in the coming months.

Spotted by Blog of Mobile, benchmark results for a new Sony handset have appeared on GL Benchmark, revealing details about the ST26i.

Yet another mid-range device

According to the results the ST26i will pack a less than inspiring 800Mhz processor (but it could be clocked to 1GHz), 480x854 display and Android 4.0.4 Ice Cream Sandwich.

These are similar specifications to the ones quoted with another leaked handset, the Sony ST21i, which we reported in April.

Obviously there's no confirmation from Sony on the validity of either handset, but it's good to see the company taking its solo return to the market seriously.

From Blog of Mobile via XperiaBlog