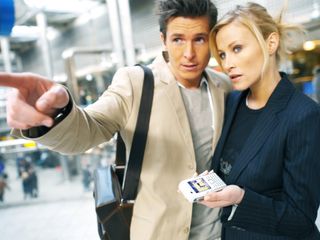 Chat-happy Europe has for the first time more mobile phones in use than people, with a 103 per cent penetration rate across the European Union, according to the latest EC figures.

The statistics published in the European Commission's 12th report on the EU telecoms market, recorded for 2006, represent a jump from 95 per cent in 2005. There are now 478.4 million mobile subscribers across the EU.

According to the report, Luxembourg leads the way for mobile phone ownership per head of population, with a remarkable 171 per cent penetration rate. The next most prolific mobile owning nation is Italy, racking up 134 per cent penetration, followed by Lithuania with 133 per cent.