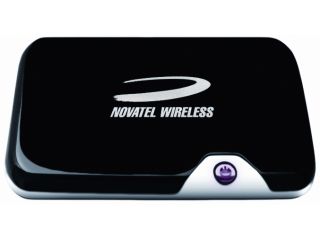 The Carphone Warehouse is set to release the Novatel Wireless Intelligent Mobile Hotspot 2352 on the T-Mobile network.

Costing £20 per month with a 3GB fair usage allowance, the new device is set for launch in early October.

The Novatel Wireless Intelligent Hotspot 2352 has an on board GPS chip for location based applications, as well as a microSD card slot for storing and sharing data (expandable up to 16GB).

The idea behind the little black box is users can connect up to five Wi-Fi enabled devices for internet surfing over the T-Mobile network (such as an iPod touch or a laptop).

"As mobile broadband connectivity increasingly becomes a priority for both business and entertainment purposes, our customers will embrace the flexibility of the Novatel Wireless Intelligent Mobile Hotspot 2352," said Andrew Harrison, UK CEO, The Carphone Warehouse.

"With freedom from hotspots, users can leverage the device to access email, check their social networks and download files from anywhere there is a mobile connection, including moving trains or vehicles."

The Carphone Warehouse has recently announced a similar device running on the 3 network, which is offered with a PAYG price of £100 (with data top ups thereafter) or a rolling contract of £15 per month and a one off payment of £70.