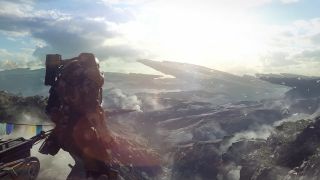 EA has announced that Origin Access Premier – a new games service that allows subscribers to play an unlimited number of EA’s own games on PC – will launch on Monday July 30.

According to EA’s CFO Blake Jorgensen, who spoke during the company’s quarterly earnings call, Origin Access Premier will cost $14.99 (around £11, AU$20) per month, or $99.99 (around £75, AU$135) a year. We’ve contacted EA to confirm official prices for the UK and Australia.

Origin Access Premier will complement EA’s existing Origins Access on PC (and EA Access on Xbox One). That service limits you to games added to the “vault”, which is a curated list of games EA offers to try. Games are also only added after several months of being released.

Origin Access Premier, on the other hand, will offer a huge selection of EA’s PC games, and subscribers will be able to download and play every new EA title five days before they are officially released.

That means the $14.99 a month subscription is a great way to check out EA’s new titles, and if you finish them before the month is over, you’ll save a fair whack of change compared to buying them new.

Of course, once you cancel your subscription you lose access to the games, but for people who can blast through games quickly, this could be an awesome way of saving money.

Origin Access Premier may not just confine itself to EA games, either, as Origin Access recently added games from other publishers.