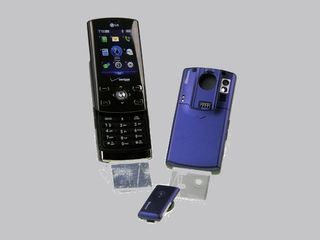 See...proof of the Bluetooth headset

LG clearly thinks the world is losing things too fast, which is why it has introduced a phone with an integrated Bluetooth headset.

The LG Decoy keeps the headset hidden at the back of the phone, where it uses the device’s battery to keep charged and unleashes itself at the press of a spring-loaded button.

The problem with devices like this (other than that they’re clearly just a gimmick and aren’t going to take off) is the rest of the phone’s specs must suffer to accommodate the headset.

Steve Jobs might be able to get away with a 2MP camera, but not LG, which is hungrily chasing the ‘King of the Cameraphones’ crown with slavering jaws.

Memory card support and a joystick on the front just don’t save the Decoy, also known as the VX8610.

Available in the US this July, there’s no word on whether this will be coming to the UK.