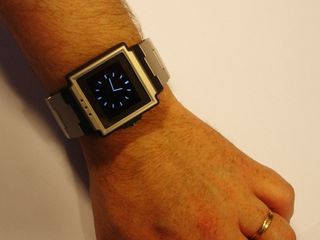 The Rannujan - looks nice but do you really want it?

Another day, another company has a crack at stuffing a mobile into a watch. Finnish entrepreneur Taito Heikkenen thinks he can do it however so has released the Rannukan with partners through a new company called Wearfone (the clue is in the name).

The problem is, as this news comes from Finland and Google seems unable to translate Finnish into English, the details are tricky to come by.

But a fusion of lateral thinking and a smattering of language skill shows the device has GSM connectivity, can sned SMS and make calls, and has a touch screen.

What’s wrong with the normal mobile?

All very much standard watch-on-a-wrist fare so far, but throw in some of the best (claimed) watch-phone battery life to date, as well as the fact the thing doesn’t look like a phone welded to your wrist, and it seems the design is a little better.

But one can’t help wonder if the device would have looked better as a watch, rather than trying to stuff a Nokia in there too.

Sure, it’s the first of its kind in Finland, but at around £600 plus, it seems a bit doomed to failure.

Still, if you’re in the Helsinki area any time soon, they’re looking for testers.