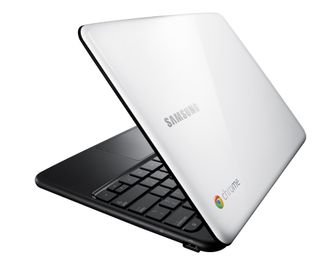 Three has confirmed that it is the '3G connectivity partner' for Google's Chromebooks in the UK.

The popular network has built its success on its data packages, and has now picked up a big name by seizing the Chromebook – the notebooks that will run Google's Chrome OS.

The first confirmed Chromebooks are by Acer and Samsung, although there is no news as to which will be offered (or indeed if both will).

"I'm sure by now that lots of you will have heard the exciting news from Google. "Over in San Francisco at the Moscone Convention Centre, Google announced the arrival of Chromebooks, and we're really excited to be their 3G connectivity partner in the UK," blogged Three's David Kerrigan.

"We'll have more details to share in the next few weeks so stay tuned."

The potential for a laptop and data package could well be successful, with people getting hold of high end kit for a smaller amount and a contract.

This has been a model that has been a massive success for mobile phones, where people are prepared to sign up for lengthy contracts.