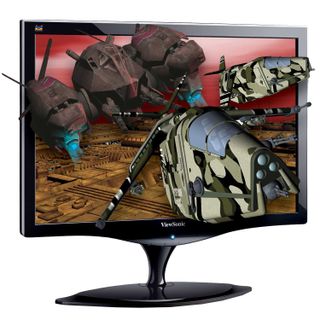 ViewSonic today launched a range of 120Hz LCD monitors that are ready to deliver 3D gaming and movies.

The bizarrely capitalised FuHzion screens will, apparently, "make 3D standard in the home".

Don't get too excited, though, they still require you to wear clunky (and expensive) 3D specs, such as those made by Nvidia.

The VX2268wm has a DVI-D DualLink interface and is available now, priced around £270.